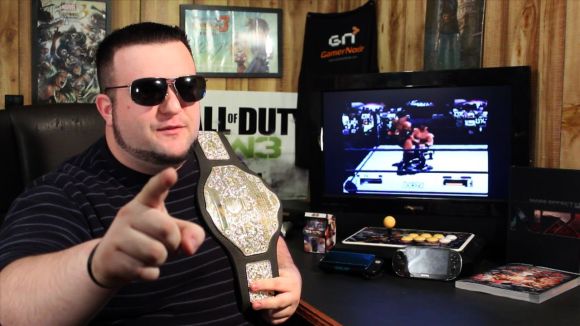 I am Jason Fanelli.

To those of you reading this page, that probably means absolutely nothing. Who is Jason Fanelli?

I am an freelance journalist in the video game industry. I’ve been at it since January 2009, when the boys at GamerNode (namely editor-in-chief Eddie Inzauto) graciously accepted my e-mail inquiry and brought me on staff. I started paid freelancing in November 2012 with GamesRadar, and nearly everything I’ve written since can be found in my portfolio linked at the top of the page.

Of course, not being limited to just words, I hosted a weekly video news series called Hot Off The Grill, I am a frequent guest of GamerNode’s VS Node podcast, I co-hosted a podcast with CY Reid (now indie dev failnaut) called CY & J, and I currently co-host the Ray and Jay Podcast found on Soundcloud and iTunes.

I’ve traveled to many an industry show, including E3 in Los Angeles, PAX East in Boston, and New York Comic-Con. I have experience interviewing members of the industry, live-blogging press briefings, and writing previews on things seen at the shows.

Besides that? I’m a 30-year-old guy who loves games, wrestling, and sports. I got married to the love of my life Stephanie in September 2012, not before I pulled off the best proposal of all time, and we welcomed our first child Olivia Rose into the world on April 22, 2016. Oh, and I have a pretty cool Eagles jersey that was covered on Philly.com.

You’ve found my online portfolio, but in case you’re interested in more, check out my Twitter feed for some ramblings under 140 characters.

Most of all, I hope you enjoy my work.